The Crime-Terror Nexus in Europe

1
Date:
11 Dec 2018 - 20:00
Place:
Zaal De Schelp - Vlaams Parlement, Leuvenseweg 86, 1000 Brussel
Part of project:
Reason and Engage (2018-2019): Just Peace
Language:
English
The concept of a crime-terror nexus has been debated – and criticized - for several decades. Due to the recent terrorist attacks, this new crime-terror nexus - in which social media play an important role - regained much attention in Europe. A crucial aspect of this new crime-terror nexus is the use of previously obtained skills by terrorists with criminal pasts. These ‘criminal skills’ can help terrorist to better organise attacks, for example by providing them with easier access to weapons and more experience with law-enforcement operations

Entrance is free, but registration is required. Prior to the debate, Nils Duquet will give a lecture in English on the arms trade in Belgium. More info and registration here.

Rajan Basra (International Centre for the Study of Radicalisation, Kings College London) is research fellow who focuses on the ways in which crime and terrorism interact. He co-authored the influential 2016 study Criminal pasts, terrorist futures: European Jihadists and the new crime-terror nexus and is currently the Head of Research of the Crime Terror Nexus project which is exploring the new linkages between organised crime, petty crime and terrorism in 15 European countries. 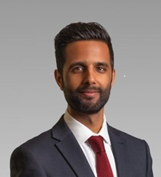 Letizia Paoli is full professor of criminology at the KU Leuven and teaches a class on Terrorism, Organized and Corporate Crime. Since the early 1990s Letizia Paoli has published extensively on different aspects of organized crime, illegal and semi-illegal markets and related control policies. She is, among many other things, a well-known expert on Italian mafia organisations.

Guy Van Vlierden works as journalist for Belgium's largest daily newspaper, 'Het Laatste Nieuws'. He mainly covers foreign news and has a special interest in political and religious extremism. He also covers the topic in English on his private blog 'Emmejihad' and regularly contributes to specialized media and institutions such as 'Terrorism Monitor' (The Jamestown Foundation), 'CTC Sentinel' (Combating Terrorism Center at West Point), and the International Centre for Counter-terrorism - The Hague (ICCT).