Six years ago, Fatima Mernissi passed away in the capital of her home country, Rabat, Morocco. Fatima Mernissi, an icon of freethought leaves behind a brilliant legacy that contemplates the 20th century reconcilement of Islam and feminism.

In tribute to this outstanding woman we will honor her intellectual legacy on November 24th at De Kriekelaar.
The Fatima Mernissi Chair invited international guest Jamal Bahmad, associate Professor of Literature and Cultural Studies in the Department of English at Mohammed V University (Morocco) to join us.

He will enter into discussion with Btisam Akarkach, lecturer at the Karel de Grote University College Antwerp and artistic coordinator of MONA Film Festival. They will zoom into Bab Al-Sama Maftuh, a feminist tale produced by Farida Benlyazid, that combines spirituality with social and economic concerns in Morocco.

Inspired by the chanting of Koranic verses, Nadia, a Franco-Moroccan woman begins a journey of self-discovery. Distancing herself from her French identity, she embraces the path of Sufism and her Moroccan cultural heritage. Nadia succeeds in transforming her father’s home into a zawiya, a shelter and spiritual haven for Muslim women. A beautifully told story, in the beautiful Moroccan architecture of Fez.

From the start of her career up until 2003, Benlyazid was the only female filmmaker in Morocco. She continues to be one of the few Moroccan women in the field of cinema and cinematic production. She has become known for representing the struggles and obstacles faced by Moroccan women and incorporating her own personal experiences into her scripts and films.

At this evening our guest speakers will dig into numerous themes such as gender and religion, racial dynamics, (the lack of) visibility of Moroccan women’s cinema and the success of Moroccan cinema through a transnational lens.

Jamal Bahmad is an Associate Professor of Literature and Cultural Studies in the Department of English at Mohammed V University. He earned his PhD degree from the University of Stirling in the UK in 2014 with a dissertation on contemporary Moroccan urban cinema. The dissertation won the Best PhD Thesis Prize of the British Society for Middle Eastern Studies in 2015. He held a British Academy postdoctoral fellowship at the University of Leeds and, prior to that, had been a Research Fellow at Philipps-Universität Marburg (Germany). Bahmad was most recently a research fellow at the University of Exeter on the AHRC-funded project: “Transnational Moroccan Cinema.” He specialises and has published widely in the field of North African cultural studies with a focus on cinema, youth cultures, cities, literature, and memory. He co-edited a special issue of French Cultural Studies (SAGE, August 2017) on trash cultures in the Francophone world. Bahmad is also the co-editor of a special issue of The Moroccan Cultural Studies Journal on Moroccan cinema (November 2017). He is also the co-editor of English Language Teaching in Moroccan Higher Education (Springer, UK 2020). In addition to working on his first monograph on Moroccan cinema and globalization, Bahmad has recently co-authored with Will Higbee and Florence Martin a landmark book entitled Moroccan Cinema Uncut: Decentred Voices, Transnational Perspectives (Edinburgh University Press, 2020).

Btisam Akarkach holds a Master's degree in Communication Studies from the VUB and a Master's degree in Film Studies and Visual Culture from the University of Antwerp. She is a lecturer at the Karel de Grote Hogeschool Antwerp and teaches among others International Child and Youth Policy. She is artistic coordinator of MONA Film Festival and wrote the book Opstand in de Rif (Revolt in the Rif). 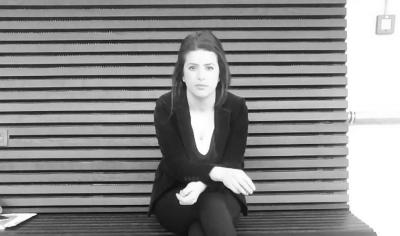