Every three years the Casterman-Hamers Chair on the History and Philosophy of Sciences appoints a new chairholder. For the period 2022-2024 this is Professor Mireille Hildbrandt. Hildebrandt, research professor on 'Interfacing Law and Technology' at the Vrije Universiteit Brussel (VUB). She is co-Director of the research group on Law Science Technology and Society studies (LSTS) at the Faculty of Law and Criminology. She also holds the part-time Chair of Smart Environments, Data Protection and the Rule of Law at the Science Faculty, at the Institute for Computing and Information Sciences (iCIS) at Radboud University Nijmegen. This demonstrates her keen interest in crossing disciplinary borders, e.g. resulting in a text book on Law for Computer Scientists and Other Folk, recently published in open access with Oxford University Press. From 2019-2024 she is Principal Investigator of the ERC Advanced Grant project on Counting as a human being in the era of computational law (COHUBICOL), bringing together lawyers, philosophers and computer scientists.

Hildebrandt has been working on the cusp of the sciences and the humanities, with keen attention to encounters between science and art, sense and sensibility, perception and cognition, advocating the kind of slow thinking that feeds into fast intuiting and vice versa. She will leave trodden paths to free her inner llama, inviting those working in AI, law and philosophy to do the same – creating a web of elephant paths that mingle the art of science with the science of art, while navigating the space of numbers, data, models and patterns. Llamas are said to be patient, kind, capable of ‘reading’ their human counterparts, smart and curious, as well as strong-willed, insubordinate and reasonably sovereign when challenged to take on unwarranted tasks. They sound like the perfect independent yet sensitive, strong-willed yet kind research collaborator. Their antibodies may one day deliver protection against COVID-19, and their acuity should help us to both recognize and respect the crucial importance of tacit knowledge. 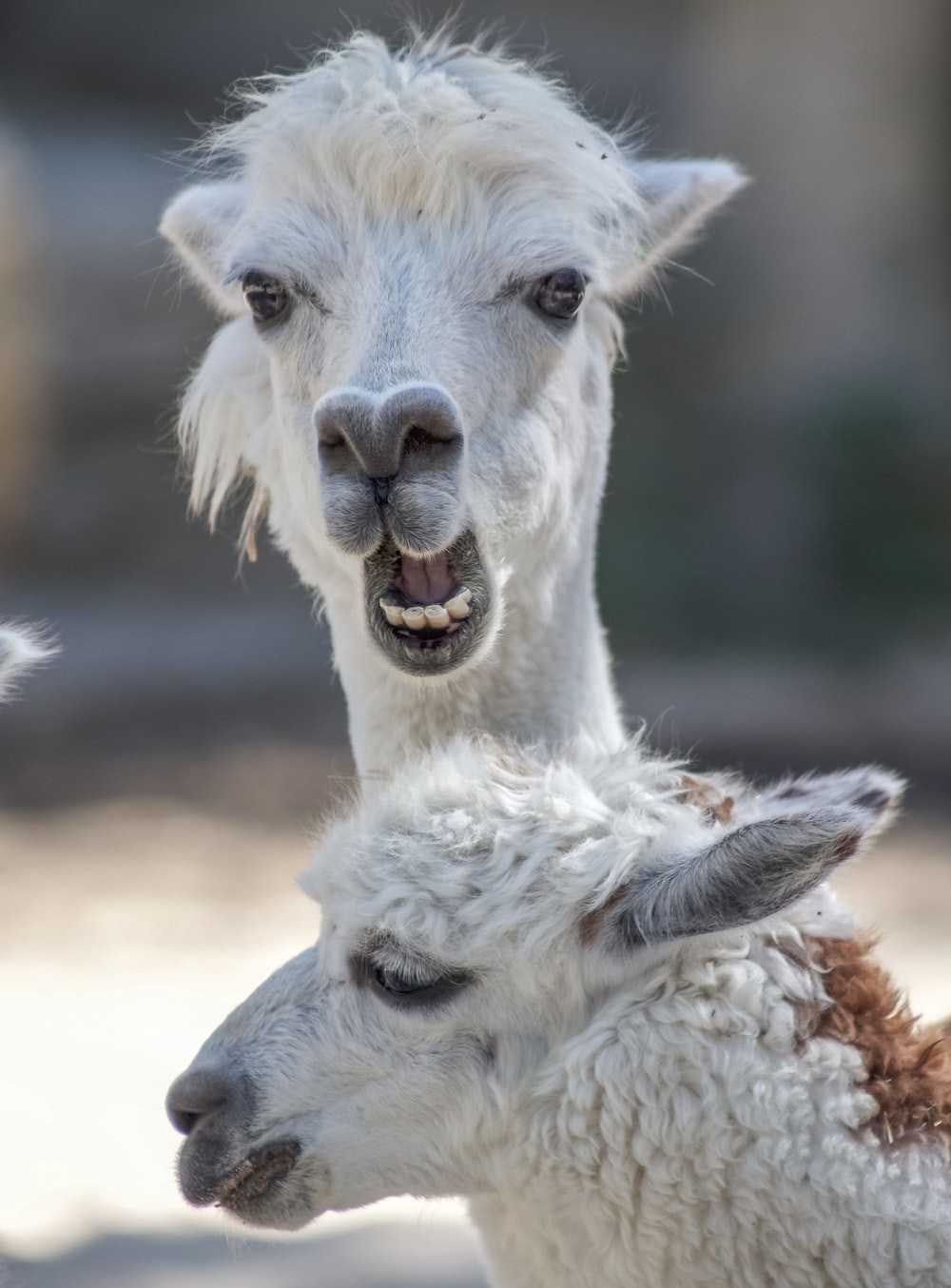 This is where Hildebrandt takes her lead for the Chair, savoring Hannah Arendt’s natality as well as Helmuth Plessner’s celebration of the artificial nature of human animals. 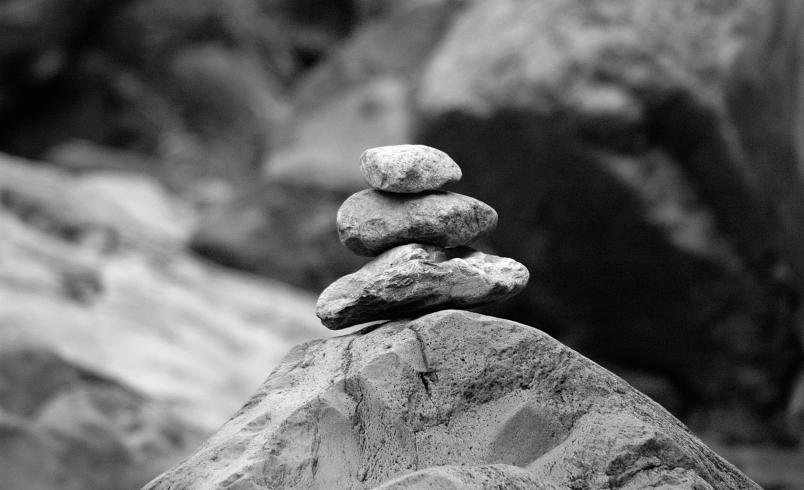 Chair History and Philosophy of Sciences

Llamas are of a special kind. At the Berkeley Campus of the University of California, during the exam period, llamas are brought in for a ‘Llamapalooza’, where students can pet and cuddle them (Cantor, 2019). The students seem to reboot while enjoying the physical proximity of their grass munching companions. Llamas are ‘charismatic’, in the sense of having a natural attractiveness. Some might claim this demonstrates their cleverness but it has also resulted in llamas as therapeutic pets, not merely with stressed students but also in nursing homes or engaging with people with cerebral palsy or autism. Llamas are described as patient, kind, capable of ‘reading’ their human counterparts, smart and curious, as well as strong-willed, insubordinate and reasonably sovereign when challenged to take on unwarranted tasks. In the meantime, there is much more to learn from llamas and other subspecies of the camelidae, for instance at the level of their immune system.

Llamas are part of the species of  camelidae  (e.g. camels, llamas and alpacas). On the Ablynx website we find that camelidae ‘possess fully functional antibodies’ that can be cloned and isolated with ‘full antigen binding capacity and are very stable’, and ‘form the basis of a new generation of therapeutic molecules which Ablynx has named “Nanobodies”’. This originates in the invention by the founders of this chair, who first isolated the relevant antibodies. Interestingly, in 2020 ‘[a]ntibodies (nanobodies) derived from llamas have been shown to neutralize the SARS-CoV-2 virus in laboratory tests by UK researchers’, capable of stopping the virus in patients with COVID-19 (Lynch 2020). This reminds us of the crucial role played by fundamental research in generating societal benefits, but also raises fascinating questions about the political economy that informs the extraction of added value from patented animal material, and thus brings us straight to the core of this chair: the history and the role of sciences in society.

As Felix Stalder noted, the corona-virus pandemic has caused ‘a return to the real’, and as many have noted, it has highlighted the pivotal role of science in society, while also raising new questions about the increasing dependence on data- and code-driven infrastructure.  Key questions  must be addressed, such as:

These questions cannot be addressed by adding more computation or by investing in more data gathering. They concern the assumptions of data- and code-driven research, the assumptions of our information ecosystem, and those of prevailing economic science. Time is ripe to reconsider the relationship between the sciences and the humanities, developing new alliances, effective mutual respect and learning – way beyond the ‘two cultures’ approach. We should note that in the English language academic study is divided between the natural sciences, the social sciences and the humanities, suggesting the humanities are not scientific, whereas in French and German we have three types of science under one heading (Wissenschaft, Science): Sciences naturelles, Naturwissenschaften; Sciences sociales, Sozialwissenschaften; Sciences humaines, Geisteswissenschaften. This chair will take the perspective of continental Europe: though methodologies and objects may differ, not one method or framing should colonize the others (which is not to say that anything goes), all sciences should be recognized as such. We should also note that an open society aligning with democratic values sustained by the rule of law must ensure that those subject to political decisions understand the value of recognizing uncertainty without succumbing to either data-fetishism or post-truth bullshit (Bergstrom and West 2020; Popper, Ryan and Gombric, 2013; Cilliers Preiser, 2016).

THE LLAMA FOR POETS AND QUANTS

So, where does the llama come in? If it is true that llamas are ‘patient, kind, capable of "reading" their human counterparts, smart and curious, as well as strong-willed, insubordinate and reasonably sovereign when challenged to take on unwarranted tasks’ we have a lot to learn. Though we have a different type of agency, being ‘linguistic bodies’ in a way that llamas are not (Di Paolo, Cuffari and de Jaegher, 2018), we could do with some inner llamafication, both in the sense of enhancing our resilience with effective nanobodies and in the sense of becoming more trusting, curious and subversive, depending on what our environment demands. I would even dare to stretch the metaphor a bit further by suggesting that democracy and the rule of law require precisely this kind of sprezzatura, concern and resistance.

The questions raised above highlight the need to investigate the relationship between science and technology, to examine the political economy of data- and code-driven architectures and the interaction between science, democracy and the rule of law. This involves bringing together ‘poets’ (those versed in the theoretical reflection and qualitative investigation) and ‘quants’ (those versed in calculation and quantitative inquiry) (Tunarosa and Glynn, 2016). In the context of the broader goal of the chair (see above), the chairholder will focus on three objectives:

The chairholder will actively generate, enable, support and foster poets and quants across the borders of natural, social and human sciences, transversal and university-wide, but also invite transgressions across the borders of scientific research – seeking inspiration, confrontation, subversion and integration with the arts. This implies loyalty to the methodological integrity of the sciences, respect for tacit knowledge and unmethods of artistic endeavor and learning how ‘not everything that can be scientifically proven matters, and not everything that matters can be scientifically proven’.

Want to delve into the theme?

Have a look at the bibliography!

CALL FOR RESEARCHERS IN RESIDENCE: THE MEETING OF POETS AND QUANTS

The Chair History and Philosophy of Sciences is inviting researchers to apply for a research fellowship that allows them to perform in-house research at Vrije Universiteit Brussels on the cusp of the sciences and the humanities, inspired by iterant interaction with art and artists in the Brussels context. Under the heading of ‘the meeting of poets and quants’, the program offers three ‘research in residence’ positions, each:

Travel costs and rent will be compensated, and a daily allowance will be provided.

Note that we are not referring to the seminal PoetsandQuants MBA information portal but to methodological issues such as described in e.g. this, that and this article. We believe that it is time for qualitative and quantitative methodologies to advance by recognising how they assume each other, as Callon and Law argued in this article.

The researchers will be working in the context of the Chairholder’s research program that swirls around the following objectives:

The research agenda is aligned with, but not defined by the Chairholder’s ERC Advanced Grant project: ‘Counting as a Human Being in the Era of Computational Law’ (COHUBICOL).

The positions are in principle open to

Each researcher will spend two times three months in Brussels @VUB, with a scheduled overlap to increase mutual engagement.

At the end of the project all researchers will collaborate with the Chairholder to stage a final event, launching the results in the form of a multi-stable book/online portal/exhibition /performance. The Chair is supported by VUB Crosstalks, working on the cusp of science and art, stirring the pots between local art, global science, VUB and Brussels – with a wide-ranging output in terms of seminars, public lectures, exhibitions, books and pamphlets.

Due to COVID 19 measures, the residencies will start as from January 2022. You can already apply for residencies in 2022. Please share your interest by sending the following information to crosstalks@vub.be: